On Thursday 31 August 2017, the French government unveiled the content of 5 draft ordinances aimed at thoroughly overhauling the content and structure of the Labor Code. They are intended to clarify and simplify the rules applicable and secure labor-management relationships. The contents of these projects may be modified until publication, which is scheduled at the end of September 2017. In the meantime, here is a summary of the main developments.

The project calls for merging the three existing elected personnel bodies (Personnel representatives, Works council and CHSCT) into one single body entity called the Social and Economic Committee (“Comité Social et Economique – CSE”). The competences of this body will vary depending on the company’s headcount (the various thresholds remaining being set at 11, 50 or 300 employees, as they do today). In substance, these competences remain unchanged.

A commission on health, safety and working conditions must be set up within the CSE in companies with at least 300 employees.

Union representatives will continue to exist, their mission being to negotiate, conclude and revise company-wide agreements.

By collective agreement, it would be possible to replace the CSE with a Company Council (“Conseil d’entreprise”) which will be endowed with the power to negotiate a certain number of issues.

The CSE must be established on the next renewal of the bodies and not later than 31 December 2019.

The draft reform introduces a cap on damages for redundancy without actual and serious basis, which had not existed so far, and made it hard to estimate the legal risks involved. This cap must be accepted by the judge and varies depending on the employee’s years of service with the company.

The draft document also provides for reducing the lower limit for damages from 6 months (for employees with at least two years’ seniority) to 3 months.

Contrary to the requirements established by case-law, the judge may now take account of the severance payments made upon termination (e.g.: additional severance indemnities as part of redundancy for economic reasons).

However, the draft text provides that that cap will not apply in case the dismissal is declared null and void owing to violation of a fundamental freedom or owing to specific situations such as:

In addition, the limitation period for initiating legal proceedings relating to the performance of the employment contract is reduced to 12 months from 24 months at present.

The grounds for dismissal mentioned in the letter of notification may be supplemented or spelled out, even after notification of the redundancy: this is not possible today. This should make it possible to further explain the reasons for the dismissal, if they were not precise enough.

These provisions should apply upon publication of the ordinances (in late September 2017).

One of the major changes brought about by the draft document consists in employers restricting their appraisal of the economic reasons (business difficulties, technological changes, or the need to safeguard a company’s competitiveness) for dismissal to the French companies of a group operating in the same industry.

The draft specifies that the industry which makes it possible to assess the economic causes of the redundancy is “characterized, inter alia, by the nature of goods and services delivered, the client base targeted, the distribution channels and methods relating to the same market”.

Previously, the economic reasons for redundancy had to be appraised at the level of all group companies belonging to the same industry, be they situated in France or abroad.

But beware, if fraud has been committed, employers will not be in a position to justify the reasons for dismissal by limiting their appraisal to the French level. In fact, this is intended to prevent any situation whereby difficulties are artificially created in a French company for the sole purpose of justifying redundancies on economic grounds. The French government indicated that this might involve the transfer of cash from a French affiliate to another, the allocation of excessive common expenses or strategic choices that, evidently, are aimed at arranging the insolvency of a French production site.

In addition, the conditions under which employers must meet their staff redeployment obligation are to be streamlined by a decree whose content is not yet known.

Another major development of the reform is to allow for voluntary redundancies under two schemes that escape from the stringent and binding rules of Job Preservation Plans. These two schemes (1. Employment and Expertise Plan (GPEC) and 2. Voluntary Redundancy Plan “unadulterated”) are easier to implement, but require the conclusion of company-wide collective agreements and are only feasible if employees are truly free to choose whether they want to stay, or leave the company.

So far, the obligation to redeploy employees concerned the companies of a group whose activities, organization or place of business enabled them to transfer all or part of personnel. The intended reform provides for a reduction in this obligation to only those companies situated in France, in case of dismissal for professional or non-professional unsuitability.

We have presented above issues that are likely to evolve radically change, and may have a direct influence on your projects and those of your French counterparts who are in charge of HR, among other things

You should know that this projected reform will affect many other issues as varied as telecommuting arrangements, the signing of fixed-term and temporary employment contracts, recourse to staff on loan, prevention of hardship at work, interlinks between company-wide agreements and industry-wide agreements, amount of severance payments and the procedures for entering into collective agreements in companies that do not have trade union representatives, etc.

Actance teams remain, of course, available to share views on this projected reform that will make companies more secure and provide them with fresh opportunities in the management of their human resources, and are ready to assist you in reflecting on what they mean for your organization. 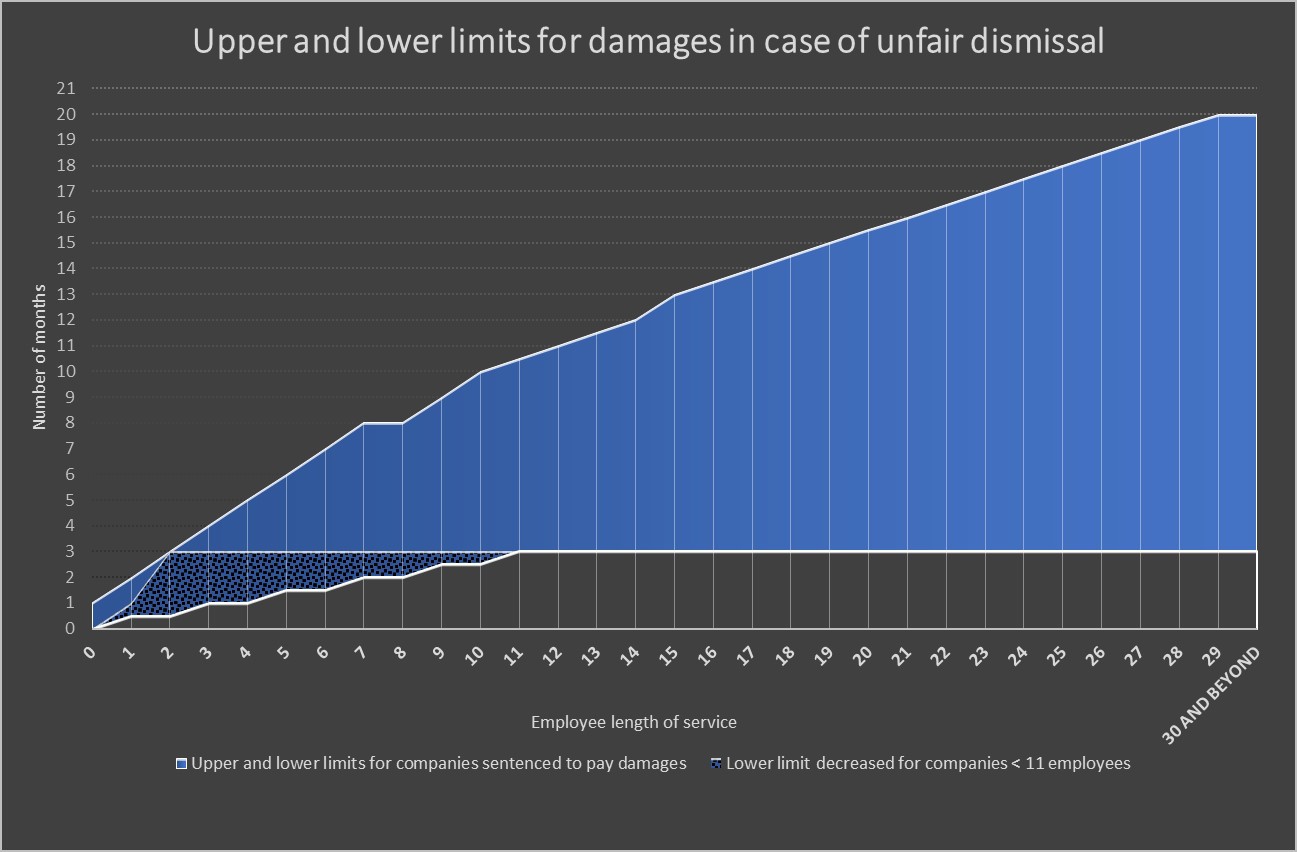